The 18 workshops provided a frame, where people met and worked with one another enabling them to exchange experiences and emotions. The objects in the museums served as launching points, to reflect one’s own cultural background offering at the same time the possibility of a better and much more sensitive cultural perception, where new comers learn about the German culture and history, while on the other side, the German speaking population learns about the ancient orient and the Islamic world.

Multaka’s Workshops have highlighted the shared cultural and historical aspects between Germany, Syria and Iraq, while making the parallel and shared experiences of people with different background more visible. Since nearly every object in the Museum is a cultural product that has its own transcultural and migration story, people were enabled through dialog, to reevaluate their own cultural heritage, and also to develop a wider and more open view of their own cultural identity.

Through the creativity and art skills of the workshop participants, a livelier connection between the Past and present was established, where the Museums’ objects played an inspirational role and enriched the participants own biographies.

The Workshops have also enabled a two-way knowledge exchanging process. The new comers and the German speaking communities have met on the same level, while being accompanied always, by a Multaka Guide who usually plays the role of both: linguistic as well as the cultural median. thus, making the meeting process much easier by trying to eliminate the barriers between these two communities. 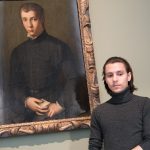 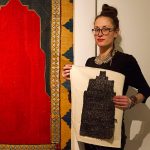 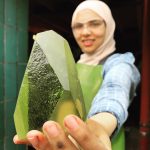 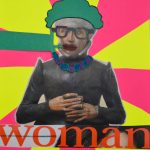